The IS2017 is the 4th international conference in the series devoted to studies of the initial stages in high-energy nuclear and hadronic collisions.

New experimental results from the LHC and RHIC as well as recently developed theoretical tools indicate that collective-dynamics phenomena, commonly attributed to the formation of a quark-gluon plasma, take place in such processes. Explanation of the origin of collective behavior is a fascinating problem studied at the moment by many excellent groups worldwide. A crucial point in this respect is our progress in understanding of the initial state of strongly interacting matter formed in the collisions.

The meeting will be focused on the discussion of the present experimental and theoretical knowledge of the partonic structure of protons and nuclei; the corresponding conditions at the initial stages of the collisions, including the role and nature of fluctuations and correlations; the subsequent hydrodynamical evolution; the determination of viscosity and other transport coefficients of strongly interacting matter; and the emergence of collective behavior in small systems.

Kraków (also Cracow or Krakow) is the second largest and one of the oldest cities in Poland.
It was the capital of the Crown of the Kingdom of Poland from 1038 to 1569. It has traditionally been one of the leading centers of Polish academic, cultural, and artistic life, with the Jagiellonian University funded in 1364 — the second oldest university in Central Europe.

The architectural complex of the Old Town has survived all the upheavals and wars of the past and preserved the same, unchanged layout since the Middle Ages. The Old Town together with the Wieliczka Salt Mine have been recognized as some of the most valuable architectural treasures of the world.

Polish Academy of Arts and Sciences

The Polish Academy of Arts and Sciences (Polish: Polska Akademia Umiejętności), with the main seat in Kraków, is one of two institutions in contemporary Poland having the nature of an academy of sciences. The Academy traces its origins to Academy of Learning founded in 1871, itself a result of the transformation of the Kraków Learned Society, in existence since 1815.

This is the conference venue: 17 Sławkowska street, 31-016 Kraków, Poland. 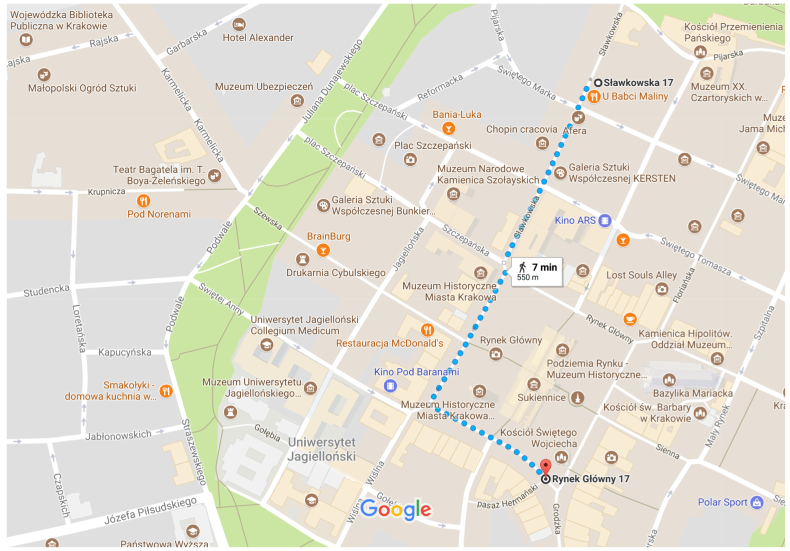